Old Home Becomes a Modern Beauty: With a Little Help from Harry Potter

I love it when Ralph’s can help restore old floors into flooring that looks awesome and fulfills our customers’ vision.

Here’s an example: In 2018, Robert and Lisl Detlefsen began an extensive remodel of their farmhouse on their cranberry marsh. Robert’s grandfather, Sherman Whittlesey, bought the initial plot of land from the state of Wisconsin in 1871. In 1876, he and his new wife, Annie, began building the farmhouse, which they called “Pine Lodge.” 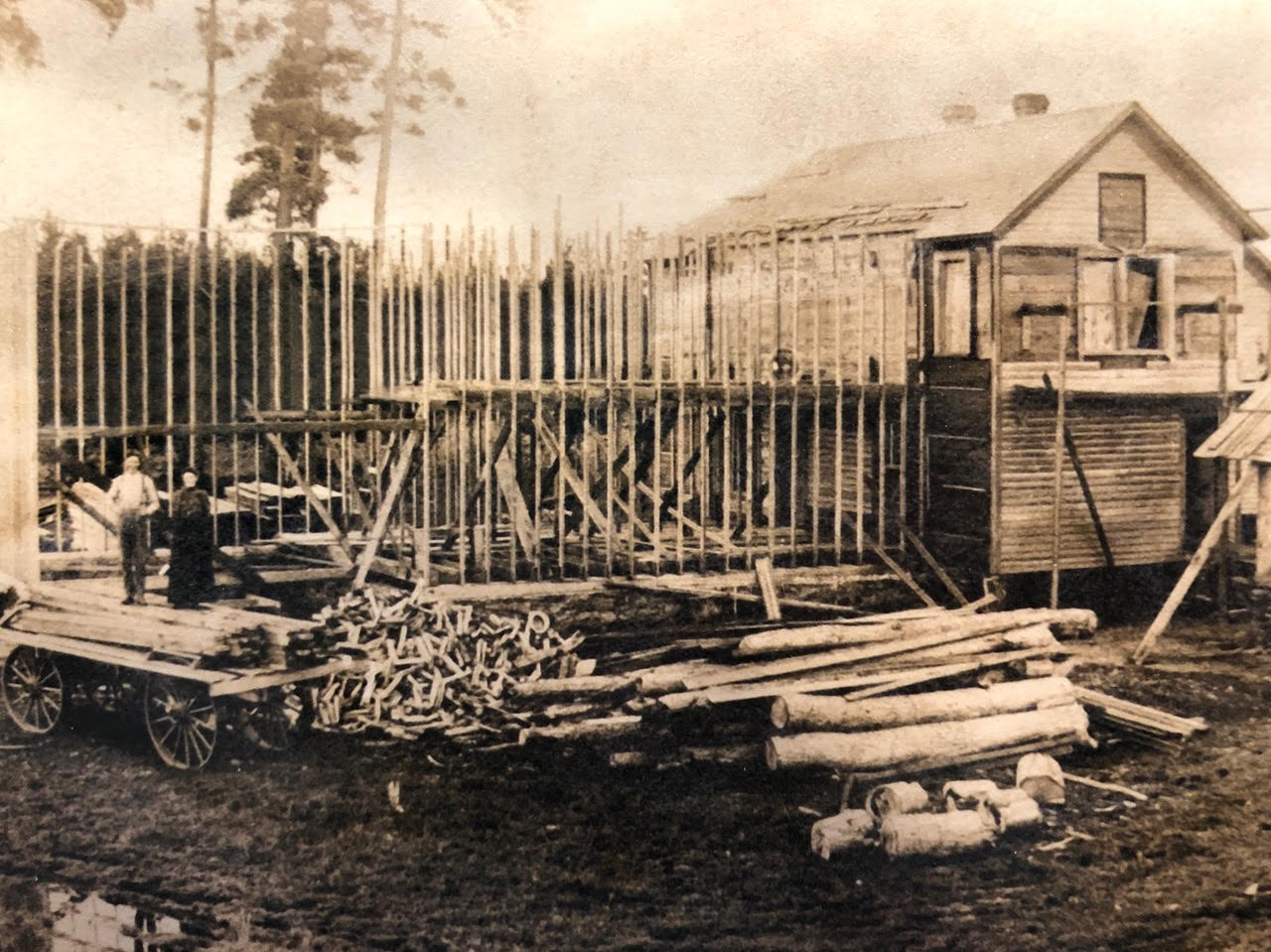 Sherman and Annie added onto the home a year later and completed it with a third section in 1893. Their daughter, Harriet, and her husband, Clarence, lived in the home part-time. Then their son, Newell Jasperson, took over the farm after he graduated from UW-Madison in 1939. When Newell married his wife Helen in 1940, the couple moved into the house and were the first to live there full-time.

Newell and Helen were blessed with 74 years of marriage and raised their three children in that home, including Robert’s mother, Jo Ann Detlefsen. After Newell passed in 2016, the family made the decision to renovate. It was a huge undertaking that involved replacing the cloth-wrapped wiring and the old plumbing and pipes, taking out the radiators, adding new heating and cooling systems, and renovating the walls and floors.

Robert and Lisl embraced some of the historic elements of the house by repurposing authentic barn doors and using reclaimed wood as support beams. They also hired Ralph’s to refurbish and beautify the house’s original maple hardwood floors. We created a unique inlay pattern in the dining room with that previously covered-up old gem. 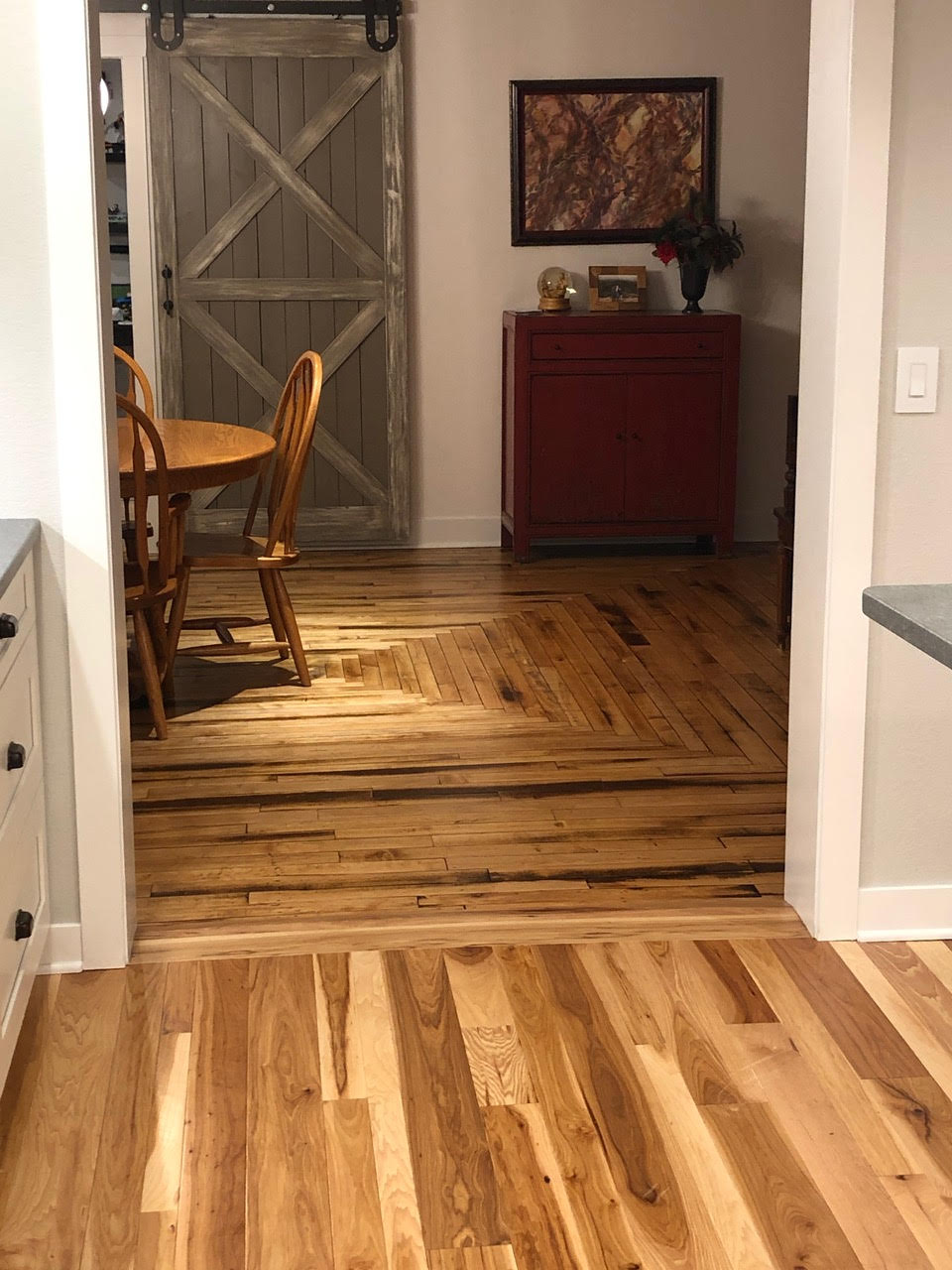 We also installed multi-width hickory flooring with a hit/skip finish on much of the rest of the first floor, as well as wire-brushed hickory upstairs. Talk about breathing life into an old home!

Robert runs the family business, and Lisl writes children’s books from her office in the farmhouse. Her profession led her to request a really creative children’s-book theme on the staircase treads, which we had a lot of fun working on. 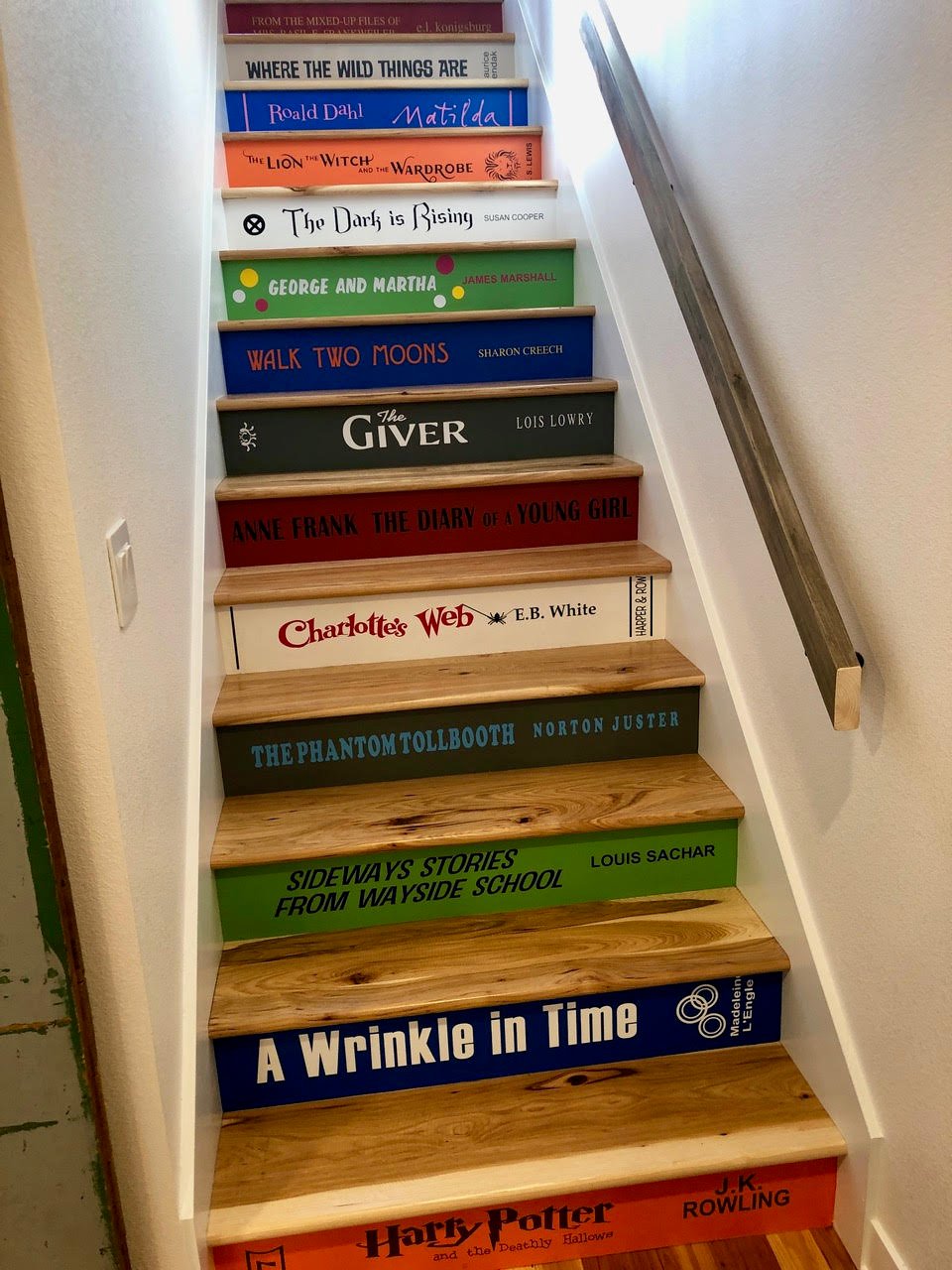 Robert and Lisl are happy to be raising their two sons in the family homestead with the changes they’ve made—including their beautiful wood floors and creative staircase treads. We were happy and grateful to be a part of their innovative project. It turned out to be a showstopper.