Hardwood floor styles are constantly changing. What’s popular now may not be 10 years from now.

That’s why we always tell homeowners to pick the flooring that best suits their tastes and lifestyle, not the most popular style at the moment. What’s popular changes; what you love doesn’t.

To see how trends come and go, just consider how much has changed since my father founded Ralph’s Hardwood Floors in 1965. In the last Out of the Woodwork, I talked about the 60’s and 70’s—an era that saw carpeting and vinyl become popular, while many people considered hardwood floors to be out-of-style.

In the 80’s and 90’s, hardwood floors became trendy again.

In the 80’s, popular carpeting styles of the 60’s and 70’s (e.g., shag carpeting) began to look dated, and many homeowners were ripping out carpeting and finishing hardwood floors underneath.

Ralph’s was still doing plenty of refinishing, and our installation work picked up. The floors we installed were predominately oak, although maple began to be common in the late 80s.

We’re now re-sanding many floors from this era and staining them a darker color with a lower-sheen finish.

By the 90’s, hardwood flooring was clearly back in style—as it should be. Homeowners (and their interior designers) rediscovered that professionally finished hardwood floors are the best flooring choice stylistically and functionally.

Light-colored oak and maple were still popular during the early 90s, but by the latter part of the decade, homeowners began wanting floors with more red tones, such as Red Birch and Brazilian Cherry. Glossy, high-shine flooring also became a popular look.

Today, when we refinish these floors, we’re usually trying to tone down the red by staining the floor a darker color or using a different finish. Many customers no longer like the look of a high-gloss finish and are choosing finishes with less shine (as in the photo below). 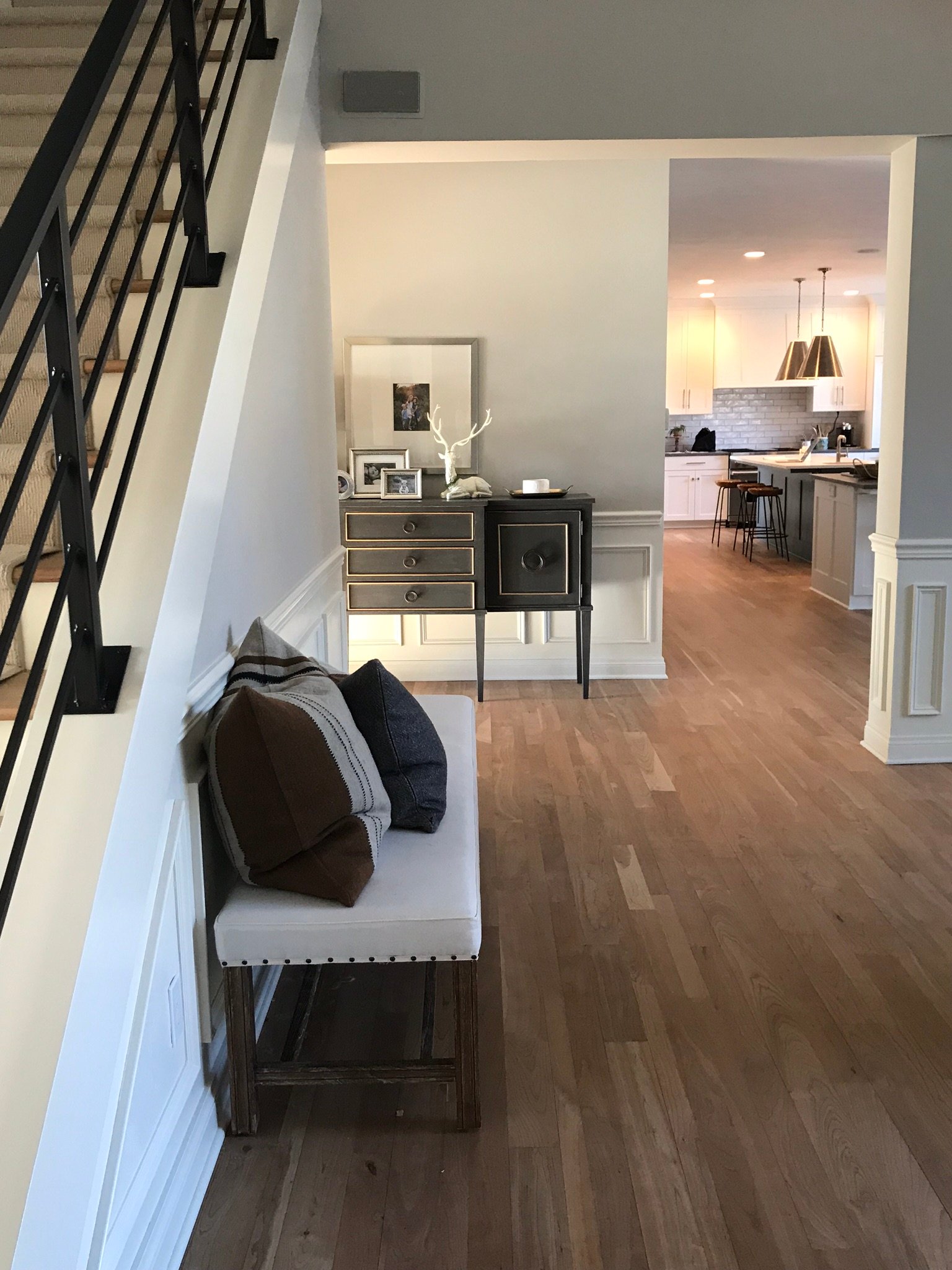 The 90’s set the stage for the 21st century, when hardwood floors have become even better-looking, more-durable, and more-stylish. What’s changed—or is changing—in this century? A lot. I’ll tell you about it in my next Out of the Woodwork post.